Why is the import of japanese used cars so popular?

The secret about the popularity of the japanese car

The reason of the popularity of Japanese used cars 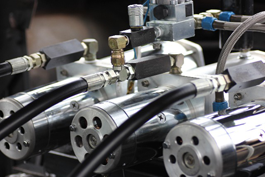 The used car export business began with foreign traders who were buying cars from dismantling business firms in Japan and exporting them back to their country. Traders from Pakistan were one of the first to do this. Seeing an increase in demand for Japanese cars overseas and high profitability, Japanese companies also started to join the market one by one.

There are many reasons why Japanese cars are popular. Their durability is one of the first reasons. Another reason is because of its high safety. For instance, in Japan, the law states that the timing belt (a belt inside an engine) must be replaced at 100,000 kilometers. As for American cars, it is a different situation. As a result, it is not rare to find cars breaking down in the middle of the highway due to a broken timing belt. On the other hand, Japanese cars, many cars can go for another 100,000 kilometers despite passing the first 100,000km mark. By replacing the timing belt (5000 yen cost), the fuel pump (pump inside the gasoline tank), and choosing the correct cars like Corolla, Demio, Land Cruiser etc., it is very likely that you will be able to reach the 200,000 kilometer mark without any accidents due to malfunction.

About the japanese used car

The secret about the popularity of the japanese car

About the used car

About the japanese used car

How to import japanese cars